A technique of accumulation often seen across SMW’s practice. Through an assemblage of different forms, SMW creates new form and new meaning.

Listings connecting to the typology “Collage” (87) 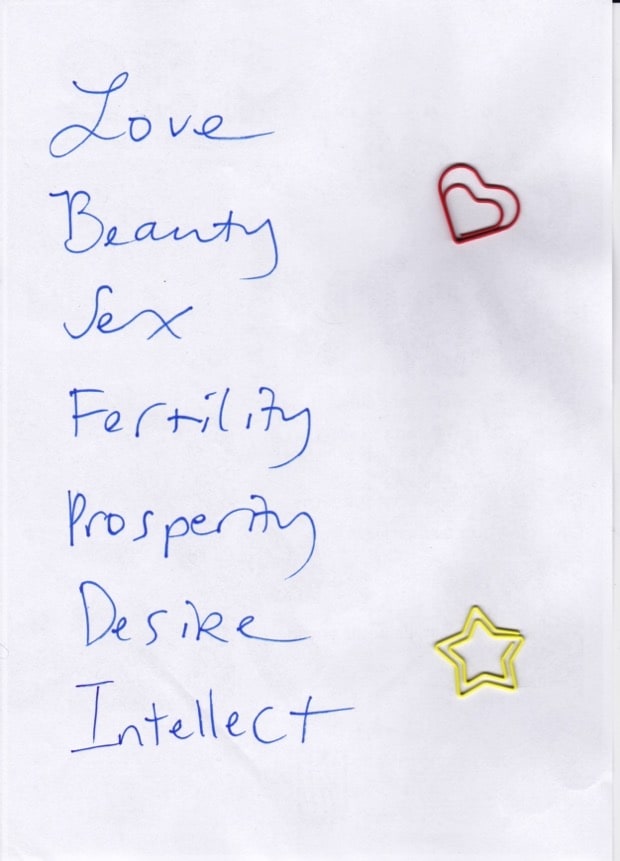 From the 2015 event ‘Venus the Anti-Hero Hero’ (or something like this) at Framer Framed and organised by Amal Alhaag. At the event SMW did a presentation together with an organiser (Hodan Warsame), and he showed the video ‘The Big Four-Oh’ by Adrian Piper (1988). 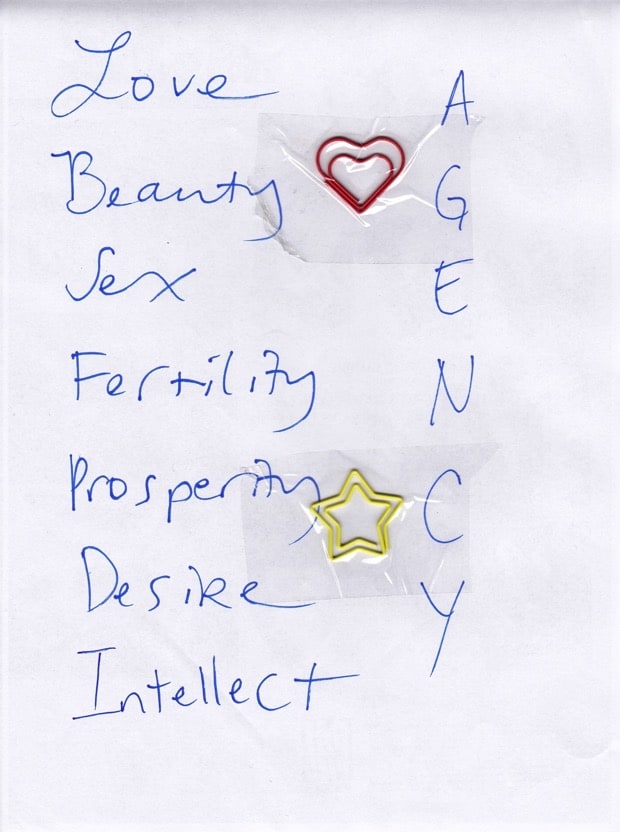 From the 2015 event ‘Venus the Anti-Hero Hero’ (or something like this) at Framer Framed and organised by Amal Alhaag. At the event SMW did a presentation together with an organiser (Hodan Warsame), and he showed the video ‘The Big Four-Oh’ by Adrian Piper (1988).

Created during spring 2020 lockdown and only work to be assembled (glued to canvas) in the Rijks studio. 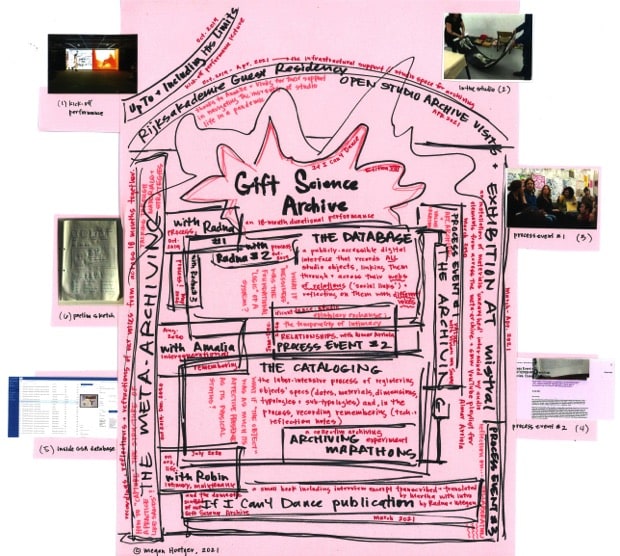 Diagram with caption created by Megan Hoetger on occasion of the Rijks 150-year anniversary publication. Caption reads as follows: Gift Science Archive (GSA) is an eighteen-month ‘monumental’ performance commissioned by If I Can’t Dance, I Don’t Want To Be Part Of Your Revolution (Edition VII – Ritual and Display). The project has in part unfolded at the Rijksakademie van beeldende Kunsten, where Sands Murray-Wassink is a guest resident, and where he and collaborators Megan Hoetger (Curator, If I Can’t Dance), Radna Rumping (independent curator and editor), and Amalia Calderón (storyteller and graduate student) have dug through, ordered, and archived over 2000 ‘studio objects’ accrued over the artist’s expansive, multimedia twenty-five-year studio practice. Between March 2020 and May 2021 Murray-Wassink worked with Calderón and Hoetger in archiving sessions making an inventory of both physical and digital materials in a custom-built GSA digital database, developed by the If I Can’t Dance team to ‘catalogue’ objects through their messy webs of relations. Alongside the archiving proper, Rumping has developed the meta-archive: reflections on the archiving process, as well as recorded conversations between Rumping, Murray-Wassink, Calderón, and Robin Wassink-Murray on the intergenerational and intimate processes of remembering (later transcribed by Martha Jager). These private dialogues have been complemented by public “process events” that began in the Rijksakademie studio in March 2020 with art historian Vivian van Saaze (“VALUE. What is Trash? What is Trashy but Valuable?”) and transitioned into an eight-month epistolary exchange (“RELATIONSHIPS. Feminist Legacies, Queer Intimacies”) between Murray-Wassink and curator Aimar Arriola, which was shared in the ificantdance.studio over Winter and early Spring 2021. All of these intersecting activities—and countless other studio visits and research exchanges—form the multi-dimensional core of the GSA ‘performance’ and inform the project’s collaborative ethos. The exhibition In Good Company (Horsepower): Materials from the Gift Science Archive, 1993–present at mistral, Amsterdam, in Spring 2021 presented a ‘culminating’ performative installation, which offered viewers one-on-one haptic engagements with the GSA database, the meta-archive, and the materials unearthed in the gift-science-archiving process. For the final public moment of the performance, and in conjunction with the Rijks Opens Studios, the GSA database is being launched as giftsciencearchive.net, a website that makes Murray-Wassink and team’s Gift Science Archive accessible to audiences near and far. Following the formal end of Murray-Wassink’s guest residency at the Rijksakademie and, with it, the GSA performance, Murray-Wassink will open I Am Not American. I Have Venus Envy, an exhibition and public performance program developed over the course of GSAin conversation with the curatorial team of AutoItalia, London.

“It was a relief to get it [HIV], because I didn’t have to be scared anymore. I was so scared of the idea of it.” – SMW. 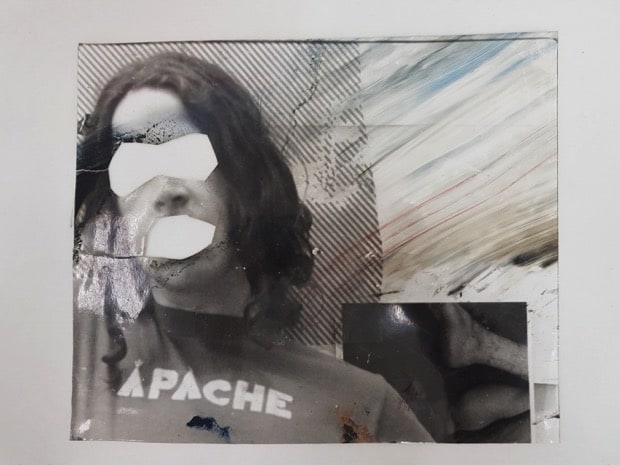 “Ben Shawn, The Shape of Content. My frustration often is that many artists are focused on the form. Acquiring form through content. Hmmm what shape can we give to the content.” – AC and SMW. 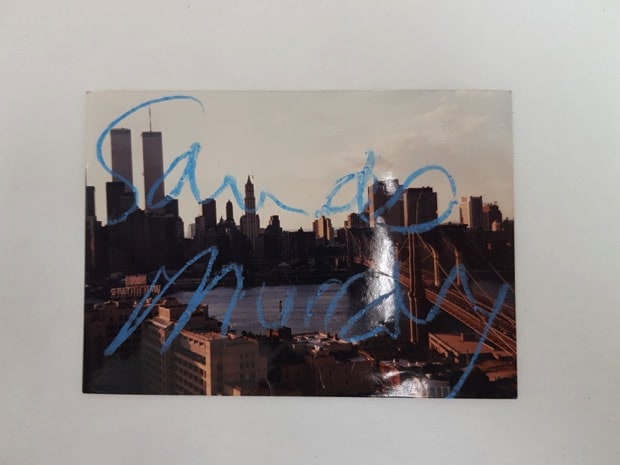 ...when the twin towers were still there… 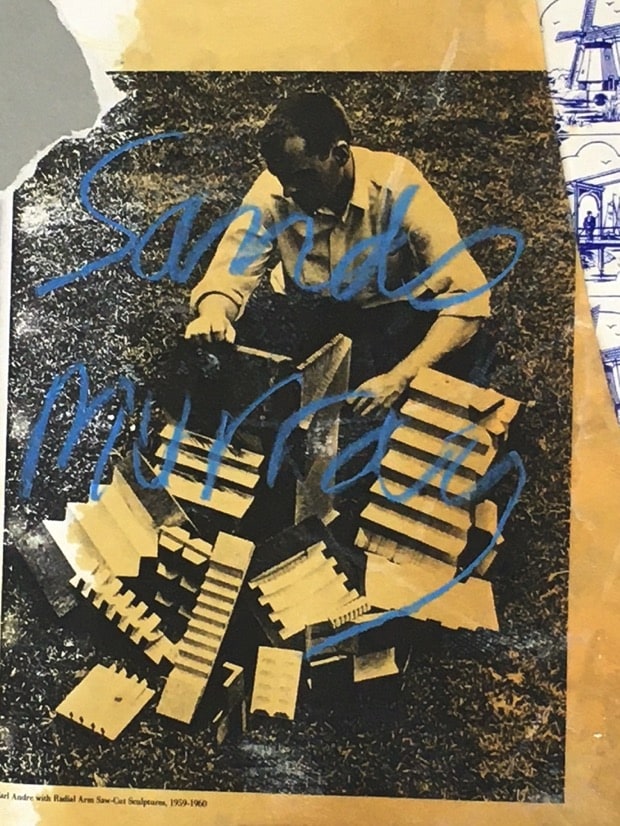 “The bastard husband of Ana Mendieta. Writing my name over patriarchy. You're just flesh and bone like us. Mortal like us. More or less.” – SMW. “Covered in corn oil that never truly dries. Why people thought he was such an important artist. Oh, that asshole again.” – SMW. 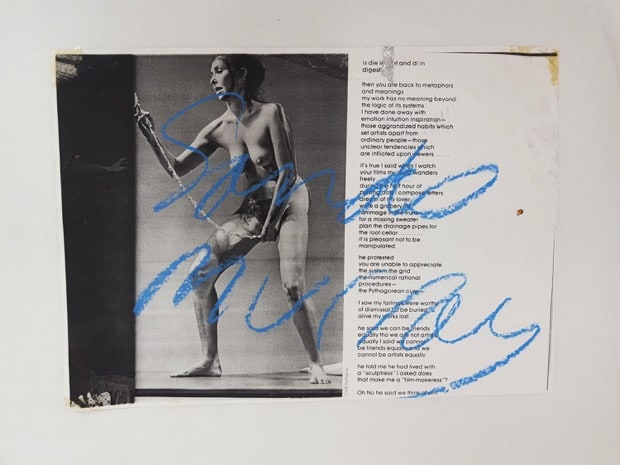 “Carolee performance scroll. Silver tape because so did she.” – SMW. 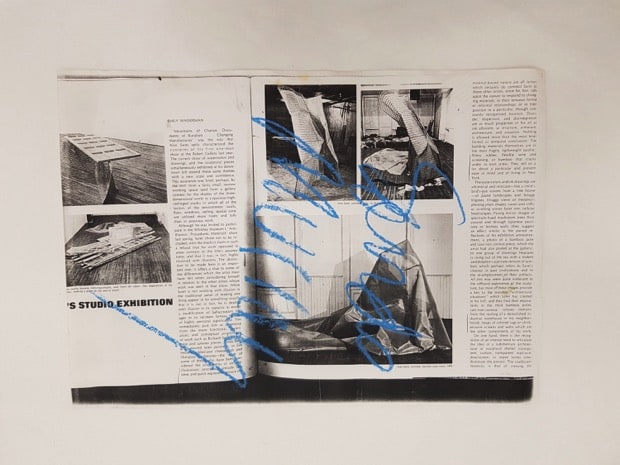 “Works from the 60s. He was from Kansas too. I don't love the work but I heard that he was maybe gay. There was this extra mysterious layer.” – SMW. 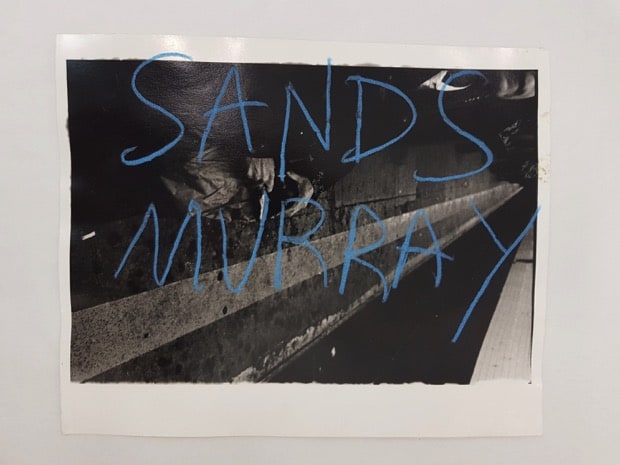 “Patriarchy has put its stamp on her – some things don’t come from her. Separation between the mother and son – the apple doesn’t fall far from the tree.” – SMW. 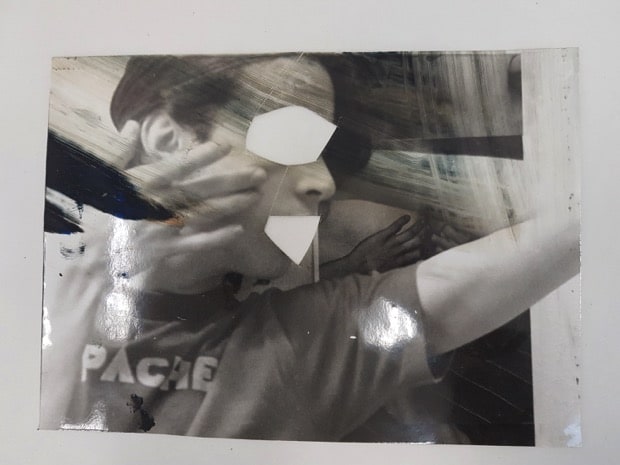 “They should go in. They are just trash anyway. It doesn't have a signature. But it is your signature. Where did the lips and eye end up?” – SMW. 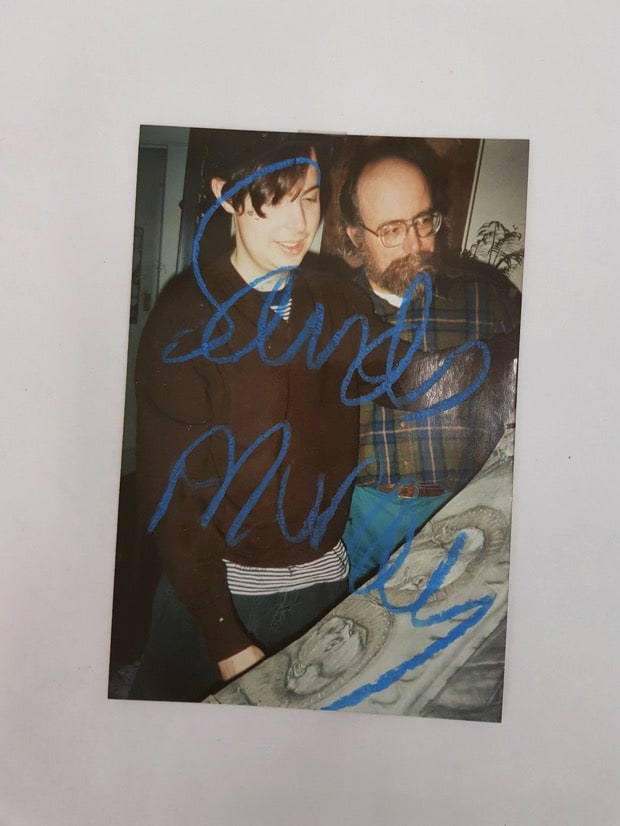 “Me and my dad (Ragen), showing him a drawing of “the prodigal son returns” from art school (Pratt). My dad makes art for himself, and for us. So did my great-grandmother. When it was necessary for everything to be called feminist art in the 70s for the movement, I was already familiar with women art. My examples were never people who were in the market, and it was never my intent.” – SMW. 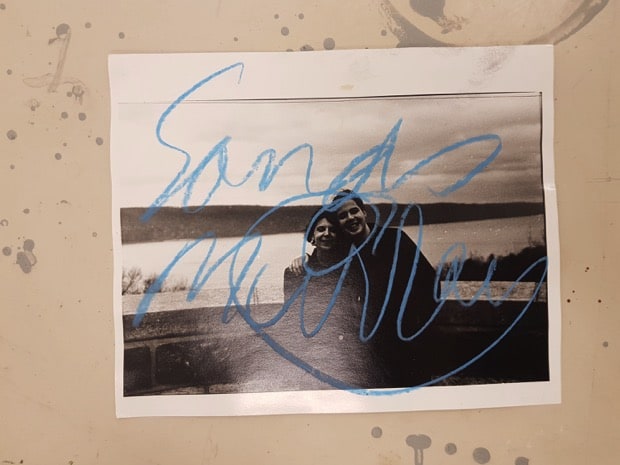 “Imagine someone in the 15th century thinking: ‘I'm gonna make a tapestry about unicorns.’ Circa 93/94 when I was an intern at the cloisters collection (NY). A responsibility to be gentle to other people – like men are not with sex.” –SMW. 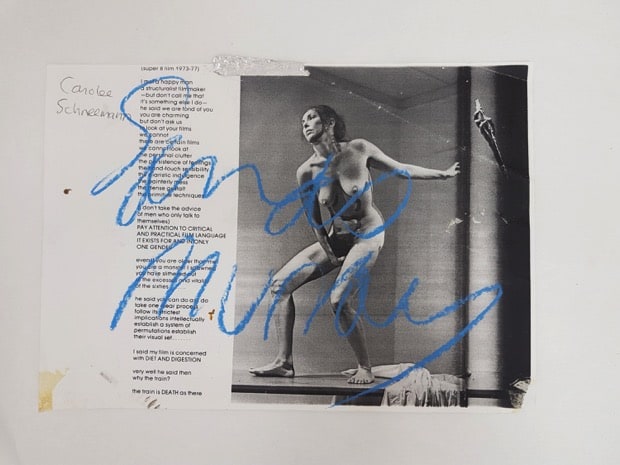 “With silver foil because Carolee always put silver foil on everything. I copied her in multiple ways.” – SMW

“De Ateliers teachers were all men and when I tried to get Carolee to come teach, they felt very threatened. Too much is scary for people. I don’t know if I can call myself subaltern, but maybe in my own way. Who are you actually talking to? Who would you like your audience to be? Can you choose it? Probably you can’t, it’s whomever shows interest and that is unpredictable.” – SMW and AC.