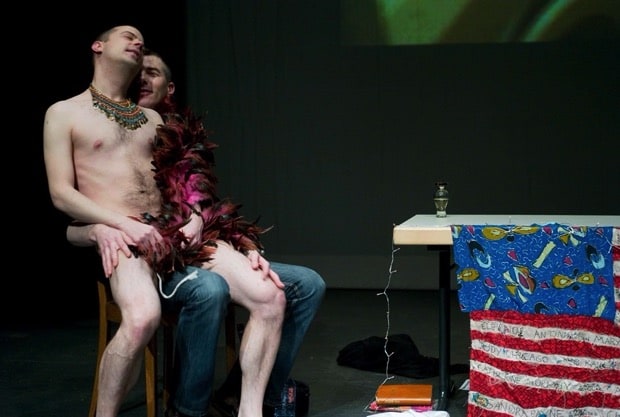 Digital image taken from documentation of performance available on Vimeo at: https://vimeo.com/76554268. The performance an homage to Annie Sprinkle and Beth Stephens, as well as Carolee Schneemann, together with Robin Wassink-Murray. The title taken from video documentation of ‘Town Bloody Hall’ (1979) with Jill Johnston and others. Location: Schlachthaus Theatre (Bern, Switzerland). Colour; sound; 48:10 (unedited).

“Robin and I were in the hotel room when we told Carolee the title of the performance, and she said wryly ‘no one will ever get that.’” – SMW. 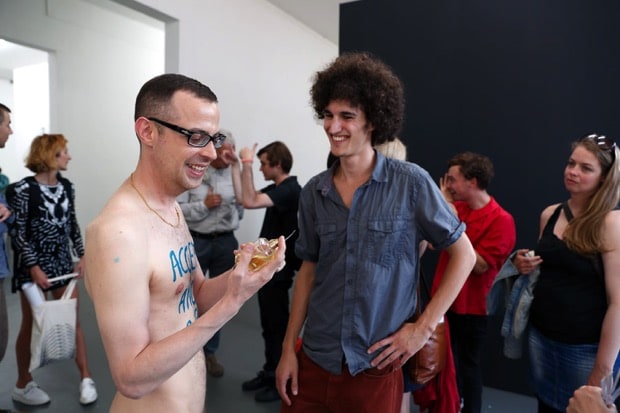 Location: Formerly known as Witte de With, Rotterdam in the exhibit of AA Bronson ‘The Temptation of AA Bronson’ // performance, specifically, entitled ‘It’s Still Materialistic, Even If It’s Liquid (From Me To You)’. Duration of performance: 3 hours. Link: https://player.vimeo.com